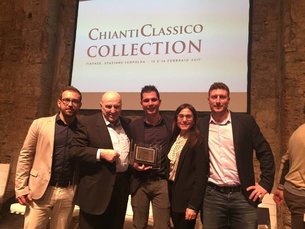 February 20th, 2017 (Castelnuovo Berardenga, SI, Italy) -  We at Tolaini are thrilled to announce that Diego Bonato, General Manager and Head Enologist of Tolaini, received the 2017 Premio Gambelli Award presented to him on Monday, February 13th at the 2017 Chianti Classico Collection in Florence, Italy.

Diego Bonato of Tolaini Receives the 2017 Premio Gambelli Award
This site uses cookies. By continuing to use this site you agree to the use of cookies.Know more
x